The Connection between AI and KM – Part Two: The Disruption of Cognitive Computing 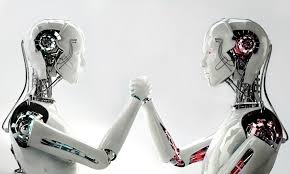 This is the second of a three (3) part post on the connection between Artificial Intelligence (AI) and Knowledge Management (KM). In this post I examine those industries that will or are soon to be disrupted by AI and KM, specifically in the form of Cognitive Computing. Before we look ahead, let’s take a look back. During the time I first became involved in AI (late 80’s), it’s hype and promise at that time became too much to live up to (a typical phenomenon in software see Hype Cycle) and its promise faded into the background. Fast forward to 2010 and AI is beginning to become the “next big thing”. AI had already made its presence felt in the automobile industry (robotics), as well as with decision making systems in medicine, logistics, and manufacturing (expert systems and neural networks). Now AI in the form of Cognitive Computing is making its mark on several industries. In a recent CB Insights Newsletter, it was stated that the US Bureau of Labor Statistics indicates that 10.5 million jobs are at risk of automation. Due to the rapid adoption and application of better hardware processing capabilities which facilitate artificial intelligence algorithms use on big data this is leading the change in blue and white collar jobs.

At a recent Harvard University commencement address , Facebook Chief Executive Mark Zuckerberg stated “Our generation will have to deal with tens of millions of jobs replaced by automation like self-driving cars and trucks,”. Bill Gates, the founder of Microsoft and Chairman of the Bill and Melinda Gates Foundation in a recent MarketWatch story had this to say “In that movie, old Benjamin Braddock (Dustin Hoffman) was given this very famous piece of advice: “I just want to say one word to you. Just one word …Plastics,” And today? That word would likely be “robots“, and “artificial intelligence” would have a huge impact”.

Although there are many industries where Cognitive Computing will disrupt the way business is conducted including the economics around job loss and future job creation, I have chosen to look at three (3) industries; Legal Services, Automotive Industry, and Healthcare. 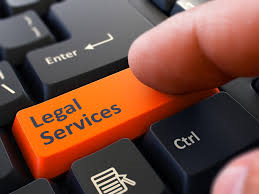 Knowledge Management (KM) is becoming more prevalent within law firms as well as legal departments as the practice of KM has become more mature. AI technologies are also making its way into the practice of law. Ability to reuse internally developed knowledge assets such as precedents, letters, research findings, and case history information is vital to a law firm’s success. Paralegals currently play a critical role in assisting attorneys with discovery. With the use of AI systems attorneys will be able to “mine” more accurately and efficiently the large volumes of documents (i.e., precedents, research findings, and case history information) located in various repositories to aid in decision making and successful client outcomes. This ability will limit the use of paralegals and attorneys currently needed to perform these tasks. 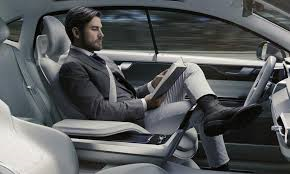 Autonomous vehicles, also known as a driverless car, robot car (here we go with robots again!), and self-driving car can guide themselves without human intervention. This kind of vehicle is paving the way for future cognitive systems where computers take over the art of driving. Autonomous Vehicles are positioned to disrupt the insurance industry. Let’s take a look at what coverages are a part of the typical vehicle insurance policy.

Vehicle insurance typically addresses six (6) coverages. These coverages include (1) Bodily Injury Liability, which typically applies to injuries that you, the designated driver or policyholder, cause to someone else; (2) Medical Payments or Personal Injury Protection (PIP), which covers the treatment of injuries to the driver and passengers of the policyholder’s vehicle; (3) Property Damage Liability, which covers damage you (or someone driving the car with your permission) may cause to someone else’s property; (4) Collision, which covers damage to your car resulting from a collision with another car, object or and even potholes; (5) Comprehensive, which covers you for loss due to theft or damage caused by something other than a collision with another car or object, such as fire, falling objects, etc.; (6) Uninsured and Underinsured Motorist Coverage, which reimburses you, a member of your family, or a designated driver if one of you is hit by an uninsured or hit-and-run driver. The way these coverage’s are applied (or not) to a vehicle policy will be disrupted by the use of autonomous vehicles.

According to an 2016 Forbes article by Jeff McMahon  about 90 percent of car accidents are caused by human error. However, it is estimated that autonomous vehicles will significantly reduce the number of accidents. This will significantly disrupt the insurance revenue model, effecting all six (6) types of coverage identified above. When the risk of accidents drops, the demand for insurance will potentially drop as well (this will not happen unless the states no longer require insurance that covers accidents). So, there will be no doubt that auto insurance companies will the type of coverage and the language effecting the policies.

Some Unintended? Side Effects

The autonomous vehicle with its multiple sensors have the potential to eliminate accidents due to distractions and drunk driving. This will disrupt the vehicle repair industry by largely eliminating crashes so collision repair shops will lose a huge portion of their business. Indirectly, the decreased demand for new auto parts will hurt vehicle part manufacturers. According to the U.S. Department of Transportation in 2010 approximately 24 million vehicles were damaged in accidents, which had an economic cost of $76 billion in property damages. The loss of this revenue will put a strain on these manufacturers. 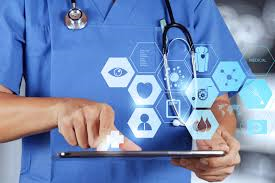 The healthcare delivery process presents a consistent flow of data, information and knowledge for the delivery of healthcare. These areas include Patient Intake, Data Collection, Decision Support, Diagnosis and Treatment, and Patient Closeout. The areas of the healthcare delivery process that will be disrupted by cognitive computing include Patient Intake, Data Collection and Diagnosis and Treatment.

Patient Intake and Data Collection: The patient intake process is the first opportunity to capture knowledge about the patient and his/her condition at the time of arrival at the healthcare facility. Cognitive computing executed through natural language processing (NLP) tools will capture medical insurance information, method of payment, medical history and current vital condition. All of this data is transitioned to the facilities database. This presents an opportunity for the data, information and knowledge about the patient to be automatically shared. NLP tools will limited or eliminate the need for a receptionist/admin to initially capture patient information.

Diagnosis and Treatment: Making a diagnosis is a very complex process, which includes cognitive tasks that involves both logical reasoning and pattern recognition. The development of Artificial Neural Networks that incorporates deep-learning capabilities are being developed to mine health related big data repositories. This innovation is providing clinicians and researchers with effective tools for improving and personalizing patient treatment options. It has been established that big-data analysis could help to identify which patients are most likely to respond to specific therapeutic approaches versus others. Analysis of such data may also improve drug development by allowing researchers to better target novel treatments to patient populations.

The clinical trials that pharmaceutical companies rely on for FDA approval and drug labeling capture too little of the information patients and physicians need. The trials only enroll a small percentage patients and can take years and tens of millions of dollars to finish. Many trials never enroll enough patients to get off the ground. Using cognitive computing will assist physicians to understand which patients are most likely to respond with standard approaches, and which need more aggressive treatment and monitoring. Enabling cognitive computing to harness the genetic and clinical data routinely generated by hospitals and physicians would also accelerate drug development, by rapidly matching targeted treatments sitting in companies’ research pipelines with the patients who are most likely to respond. In addition, the sheer number of clinical research and medical trials being published on an ongoing basis makes it difficult to analyze the resulting big data without the use of cognitive computing tools (for more information see Forbes article: IBM and Microsoft are Disrupting The Healthcare Industry with Cognitive Computing).

Where do we go from here!

AI, KM and Cognitive Computing will continue to evolve and more areas of disruption will be coming. So, the question is… how can we address the loss of jobs; how can we prepare for the new jobs; and how must business and government evolve to meet the challenges that cognitive computing present? It is clear that we must retrain/retool the current workforce and at the same time infuse our vocational schools, trade schools, colleges and universities with the right tools and experienced instructors/professors to teach the concepts and applications of AI, KM and Cognitive Computing. Businesses must continue to innovate. Innovating in the same old way will cause a business to become extinct. However, I’m talking about innovating by bringing a diversification of thought and experiences, including cultural into the innovation community. Creating your innovation intersection (for more on finding your innovation intersection – read The Medici Effect by Frans Johansson). Only by innovating differently will your business not only survive but thrive in this new world where interacting with computers (yes robots too!) will be an everyday occurrence in life!